One of the second biggest tournaments in Indonesia will start soon on May 22, 2022. EVOS Icon is ready to compete, one of which is by presenting several former MPL players.

Pendragon and Revicci this time strengthen EVOS Icon in the MDL ID Season 3 tournament. The presence of these two veteran players is expected to give EVOS Icon the title in MDL ID Season 3.

Apart from the two veteran players, EVOS Icon also brought in two new players who made their debut in MDL ID Season 3. These are Ando and Ferxiic. This time, EVOS Icon has three junglers, including Ando, ​​Revicci and Ferxiic. 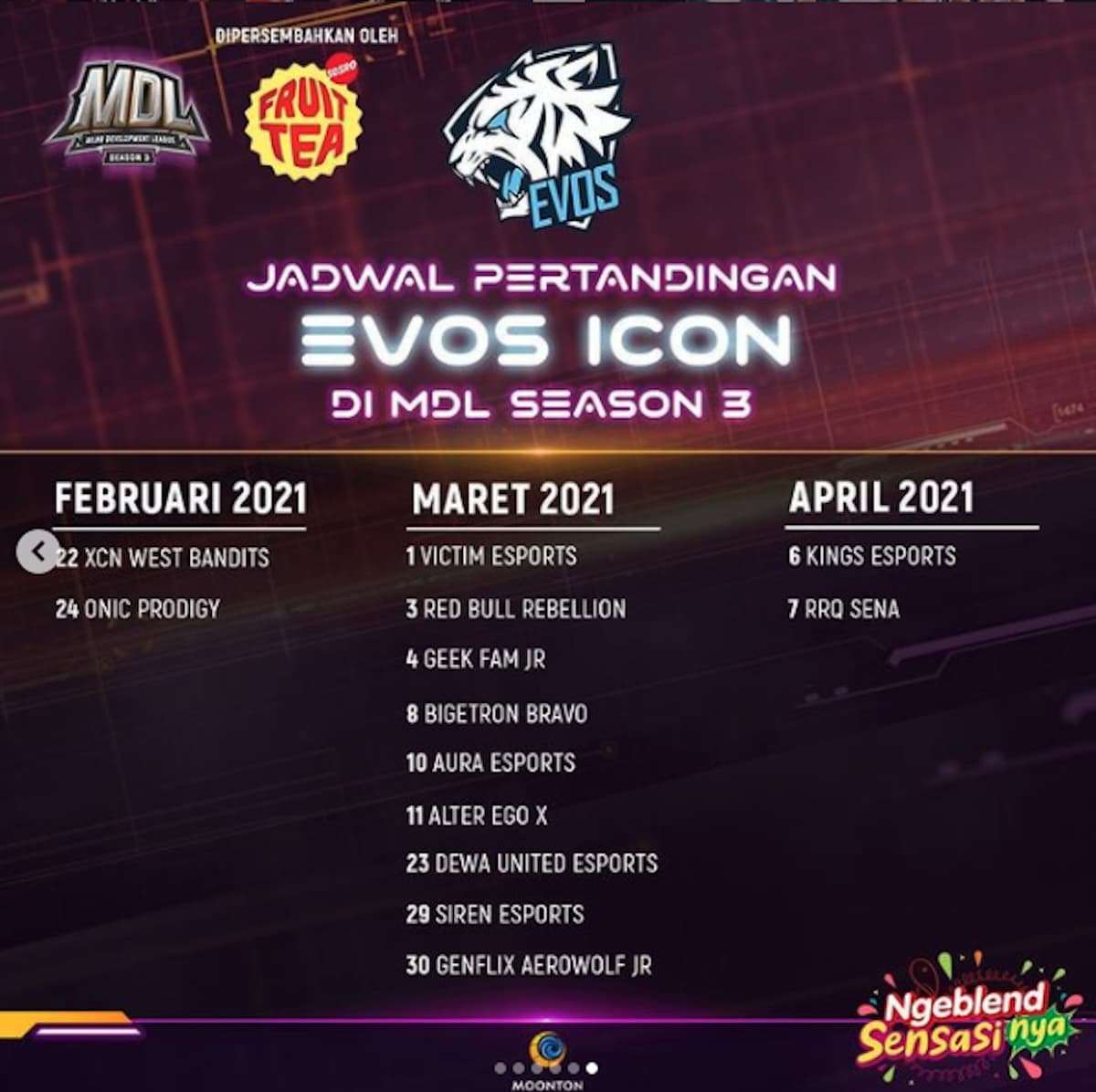 The match will take place over the next three months, each team will meet once in the regular round and there are around 14 teams that will play in MDL ID Season 3. The EVOS Icon team schedule is as follows.

In the first match, EVOS Icon will compete against XCN and ONIC Prodigy, this first match will also determine the ability of EVOS Icon after changing its name. Especially after the presence of new players, this team seems to be stronger.

The last match of the regular season will be closed by the El El Clasico match between EVOS Icon and RRQ Sena. Not only in MPL, the El Clasico match at MDL ID Season 3 is also very interesting to look forward to.

So that’s it for the EVOS Icon MDL ID Season 3 match schedule which will take place from May 22, 2022 for the next three months. For those of you who are big fans of EVOS Esports, surely you can’t wait to look forward to the start of the MDL ID Season 3 tournament.