After passing the qualifying round, the participants who passed to the next stage were 28 teams. The 28 teams competed in two groups in the Group round with the 8 invited teams. 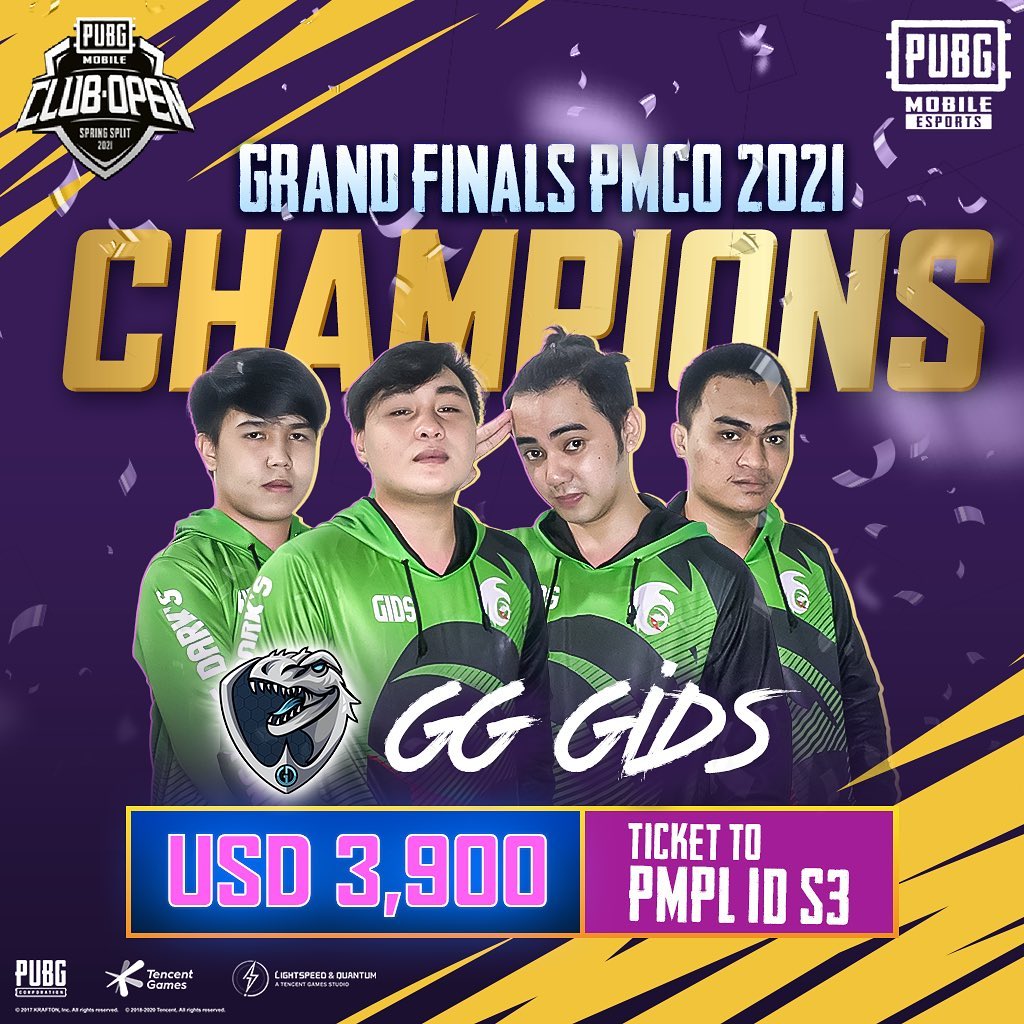 The PMCO Spring Split 2022 Final Round for the Indonesian region was held on May 20-21. A total of 16 teams competed in 12 matches divided into 2 matchdays.

The result was that GG GIDS won the PMCO ID Spring Split 2022. The Genesis Gank GIDS team managed to become the champion with a total of 180 points. The total points are obtained from 2x chicken dinner and 84 kills.

GG GIDS has mastered the final round standings of the PMCO ID Spring Split 2022 since the day of the previous first final match. There, GG GIDS won 84 points with the acquisition of 1x chicken dinner and 38 kills.

The following are the results of the final standings of the PMCO ID Spring Split 2022 final.

As we can see in the final standings, the distance between GG GIDS and the second ranked team and so on is quite far. The distance from the points was quite far due to the large total kills that GG GIDS got.

In second place there are 69 Esports with a total of 121 points. The invited team during this group stage also managed to get 2 chicken dinner but the difference in kill points he got was quite far from the first place, which was a difference of 28 points.

That’s the information about GG GIDS who won the PMCO ID Spring Split 2022. Follow the latest information and news about the world of esports only on Esportsku!